This post marks a milestone here at Scorched Earth.  The blog surged right on by 200,000 page views.  Thanks for reading this.  The blog was only supposed to record how a bad bill in the Ohio Legislature (HB 14) became a bad law.  We have gone in many directions and you have come along for the ride.  Thanks!  The ride is not over, lots more to come.

You can get at a drastic reduction in the adoption price from the City of Cleveland Shelter for a limited time only. Fifty of the longest held dogs will be available for $21, marked down from $61.  Here is the problem, they are all pit bulls.  I looked at this shelter a few days ago.  They had 68 dogs available, 63 of them are pit bulls.  Thanks, but I think I will stay home. 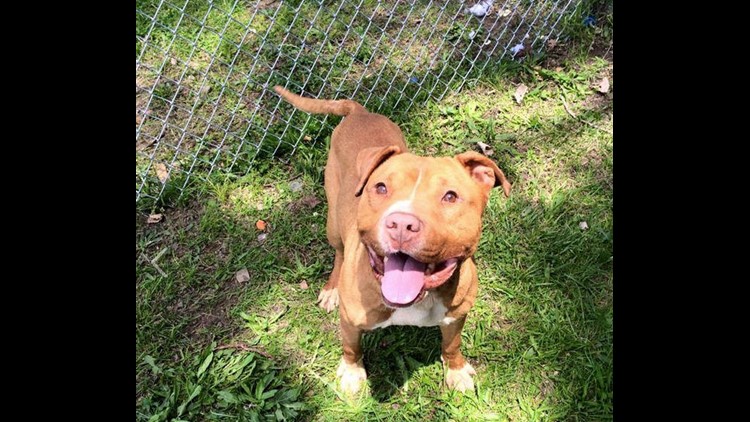 A Kettering pit bull has been euthanized for killing a Dachshund last month.  The person fostering the pit bull, I refuse to call her the dog's "foster mom" stated that Stormy the pit bull handled an interaction with the Dachshund "naturally" by grabbing the little dog by the neck and killing it.

Per the Dayton Daily news " Stormy was walking on a leash, held by a 16-year-old, on May 14 when Cooper’s owner let the smaller dog loose outside in the common area behind townhomes on Windsor Park Drive in Washington Twp. Cooper moved close to Stormy, when the larger dog lunged and grabbed the smaller dog by the throat and shook until he went limp, according to a Montgomery County Sheriff’s Office report."

Stormy was not licensed because the foster, Robin Pack, was in the process of "adopting" (read purchasing a used pit bull).  Title to this particular pit bull was held by the Cincinnati SPCA. There is little demand for pit bulls in Cincinnati apparently, the shelter is overwhelmed with them.  Failure to register and dog at large charges against Pack were dropped.  Stormy was euthanized at the Montgomery Animal Resource Center.  Pack, in the process of purchasing Stormy at the time of the fatal attack, was irate that she had not been given the right to agree to the euthanization nor had the Cincinnati SPCA.

The Animal Justice League of America held a protest at the Montgomery County ARC that had no impact on the final decision to euthanize Stormy.  Dayton is knee deep in violent pit bulls and has no need to import them from downstate.  Mark Kumpf, Montgomery County Dog Warden got this one right.

But wait, there is more information.  The Animal Justice League of America lobbied hard on behalf of Stormy without any actual knowledge of the actual circumstances.

Here is are the texts of two emails sent to Dog Warden Mark Kumpf.
"Hi Mark,  This is Shane Rudman, founder of the Animal Justice League of America.  I truly appreciate the difficulty of the job you do.  I'd like to help you with a good public relations for you. We are willing to take Stormy out of state to Kansas City.  I'll make sure to get you and your local media and national media to appreciate your situation.  I'm meeting with KCMO's mayor. (redacted material) ...will make time for this.  If you or your top assistant cam text me at your earliest convenience today, I think you'll be happy we connect.  Our people are in contact with (redacted)... guessing we'll make a very positive announcement in a few months (redacted name) makes his decision on next contact.  Again, Thx for all you do.  In far too many cases it's a thankless job."

Here is another email from the same individual.  "Hi Mark, trying to give you some help with the dog Stormy. I know we are both extremely busy.  When you get a chance just shoot me a quick text so e can connect.  I know time is running out.  I've left multiple messages on your vm, the person that reports direct to you, and one other person.  I was afraid maybe the phn system wasn't getting msgs straight so I had a volunteer drive over to deliver a message in person.  Hopefully, we can connect before it's too late.  Again, thx for your hard work."   These texts were posted on the Animal Justice League of America's Facebook page in hopes of stirring the pot in Dayton.  Here is what Rudman had to say.  "Animal Justice League of America

Yesterday at 12:44am ·
This is Shane Rudman. My team of Admin normally post here but several investigative reporters asked for these texts message to be posted tonight. These are two of the text messages I sent to Mark Kumpf of the Montgomery County Animal Resource Center. None were returned. He and his staff refused to return any of the other half dozen voice mails that I personally left. Part of the first text is redacted due to NDA’s.
.
Feel free to review this material on The Animal Justice League of America's Facebook page.  You will also have the opportunity to watch an endless video of Rudman's self-important statements, offers to "help" law enforcement, and threats if these "offers" are not accepted.  Life is short, I could not bring myself to watch the whole thing.  Background information- Rudman lives in Kansas City and drove to Ohio to interfere in local law enforcement matters.

In any case, Rudman was apparently not aware that during the attack Stormy also bit the owner of the Dachshund and bit a neighbor as well. Here is a description of the attack from WDTN News. ""People started screaming," Lawson said. "And crying and punching stormy to get her to let go. I was hitting her too. I didn't know what else to do."

Lawson is the daughter of Robin Pack, she was walking Stormy at the time all hell broke loose.

The Cincinnati SPCA confirmed Wednesday it was their decision to have the dog euthanized, not the ARC's decision.
"After Stormy attacked & killed another dog, in addition to biting a person," a spokesperson for the Cincinnati SPCA said in a statement released Wednesday. "Stormy was deemed vicious and dangerous. SPCA signed an affidavit to release Stormy to Montgomery County where the incident took place, so that the Montgomery County Animal Resource Center could take necessary actions in the case."
You can't make this stuff up.
* * *

Why is the pit bull owner always the last person to arrive at the scene of a pit bull attack? 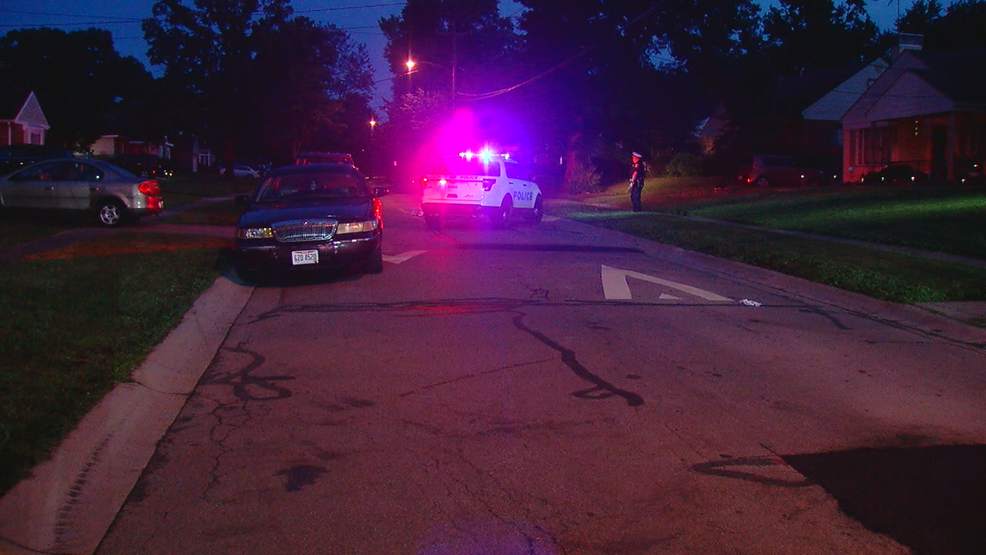 Yet another pit bull attack in Mark Kumpf's county.  Dayton police shot three dogs attacking another dog in a Dayton home.  The story has changed several times over the course of the day but it appears that one dog is dead, one in critical condition and one still at the vet with no condition report.  Neighbors report hearing Alexis Keeton screaming that she was being attacked but the dog owner denies this, stating that she was just trying to break up the dogfight.  She has five dogs, the three accounted for here are two American Bullies (pit bulls) and one pit bull  Dayton is a pit bull hell.  This story ends with the standard reassurances from the pit bull owner.   " Keeton said although her dogs have fought each other, once before - it's never been this extreme.

"My boyfriend's had all of them his whole life - they're four years old. They've never shown aggression to humans, other dogs. They're protective over the house, well behaved, obedient dogs."
Keeton says she's thankful neither she or the police were injured. She said the situation could have been a lot worse.
I bet Keeton's neighbors just love her.