The Ohio Pibble march is history.

Let me begin with a simple fact. In their shrill attempts to wrest home rule rights from Ohio communities pit bull advocates claim that breed neutral law will make Ohio safer.  If that was the case then the states that already have laws to prohibit BSL would each be a peaceful paradise.  Not so much. Your risks of being killed by a pit bull are HIGHEST in states with an anti-BSL law.

Those who promoted the Pibble March promised an announcement during the festivities at the event. That announcement appears to be the tactic to be used by the Ohioans Against Breed Discrimination. The linked photo is from the public Facebook page of OABD, this is their publicity material.  And that tactic is

Here is a link to their promotional material.PLEASE click on the link.  We have Steffen Baldwin, looking positive biblical claiming that BSL is unconstitutional.

The State of Ohio v. Anderson.  In 1991 the Supreme Court of the State of Ohio ruled that Ohio's BSL was constitutional AND that "dog owners of average intelligence" can identify pit bulls.  Here is the court's summary and keep in mind that this remains the Ohio Supreme Court's official opinion on pit bulls.
"In sum, we reject the appellee's contention that the phrase "commonly known as a pit bull dog" is so devoid of meaning that R.C. 955.11(A)(4)(a)(iii) is unconstitutionally void for vagueness. Pit bull dogs possess unique and readily identifiable physical and behavioral traits which are capable of recognition both by dog owners of ordinary intelligence and by enforcement personnel. Consistent and detailed descriptions of the pit bull dog may be found in canine guidebooks, general reference books, statestatutes and local ordinances, and state and federal case law dealing with pit bull legislation. By reference to these sources, a dog owner of ordinary intelligence can determine if he does in fact own a dog commonly known as a pit bull dog within the meaning of R.C. 955.11 (A)(4)(a)(iii). Similarly, by reference to these sources, dog wardens, police officers, judges, and juries can enforce the statute fairly and evenhandedly. Consequently, we find that R.C. 955.11(A)(4)(a)(iii) is not unconstitutionally void for vagueness."

More from the Ohio Supreme Court's 1991 ruling.
"Furthermore, the dog owner of ordinary intelligence, when determining whether he or she owns a pit bull dog, need not rely solely on the dog's physical traits. Rather, the pit bull possesses certain distinctive behavioral features which differentiate it from other dog breeds. In Vanater v. South Point, supra, the court found that pit bulls have the following behavioral traits: "* * * a) grasping strength, b) climbing and hanging ability, c) weight pulling ability, d) a history of frenzy, which is the trait of unusual relentless ferocity or the extreme concentration on fighting and attacking, e) a history of catching, fighting, and killing instinct, f) the ability to be extremely destructive and aggressive, g) highly tolerant of pain, h) great biting strength, i) undying tenacity and courage and they are highly unpredictable." Id. at 1240. The court further found that pit bulls possess the quality of gameness, which it described as "the propensity to catch and maul an attacked victim unrelentingly until 173*173 death occurs * * *." Similarly, in Singer, supra, the evidence presented at trial established that pit bulls "possess inherent characteristics of aggression, strength, viciousness and unpredictability not found in other dog breeds. * * * [U]nlike other breeds which retreat if they are injured in a fight or an attack, a pit bull will often bite, clamp down with its powerful jaw, and maintain its hold until separated from its victim." Finally, the Florida ordinance regulating pit bull ownership which was upheld in State v. Peters(Fla. App. 1988), 534 So.2d 760, states that pit bulls are distinguished by "* * * a high [in]sensitivity to pain, extreme aggressiveness towards other animals, and a natural tendency to refuse to terminate an attack once it has begun * * *." Id. at 764."

Moving on to the 2007 Ohio Supreme Court Ruling City of Toledo v. Tellings. The Ohio Supreme Courts's conclusion.
" {¶ 35} In conclusion, the state and the city of Toledo possess the constitutional authority to exercise police powers that are rationally related to a legitimate interest in public health, safety, morals or general welfare. Here, evidence proves that pit bulls cause more damage than other dogs when they attack, cause more fatalities in Ohiothan other dogs, and cause Toledo police officers to fire weapons more often than people or other breeds of dogs cause the firing of weapons. We hold that the state ofOhio and the city of Toledo have a legitimate interest in protecting citizens from the dangers associated with pit bulls, and that R.C. 955.11(A)(4)(a)(iii) and 955.22 andToledo Municipal Code 505.14 are rationally related to that interest and are constitutional."

In 2011 the United States District Court, N.D. Ohio, Eastern Division ruled in favor or the city of Lakewood's breed ban in the case of Tarquinio v. the City of Lakewood.  The court ruled Lakewood Ohio's pit bull ban was constitutional.

Courts in other states have also ruled BSL constitutional as well.
In 2009 the United States District Court, D, Colorado ruled in support of Aurora's breed ban in American Canine Foundation and Florence Vianzon.
"11. Accordingly, I find that the ordinance is not an abuse of the City's police power. I further conclude that the classification of pit bulls and restricted breeds in Aurora'sordinance is rationally related to its undisputed legitimate interest in protecting the health and safety of its residents. Accordingly, there has been no deprivation of due process nor has there been a violation of the Equal Protection Clause."

This quote comes from the same ruling and should be noted.  The city tried the breed neutral/education tactic so loved by breed specific advocates and it was a failure.
" 8. At trial, Cheryl Conway testified that the Aurora City Council initially considered breed specific legislation in 2003. During that time frame, Aurora was the recipient of a number of dogs banned in other cities close to and/or bordering Aurora, andAurora's animal control officers were voicing concern about the increasing numbers of these animals and their aggressiveness. Further, a concern was noted that breeding was a lucrative business in Aurora, and that these banned dogs were being bred increasingly for their aggressive tendencies. Finally, Aurora was receiving calls from constituents complaining that they were afraid of these dogs.
9. Rather than enact a breed-specific law at that time, the Aurora City Council opted instead to strengthen its dangerous and vicious animal ordinance. It did so by requiring certain animals to be spayed and neutered and increasing the penalties under that ordinance. The City also started a campaign to educate the public regarding these changes in the dangerous and vicious animal ordinance. Ms. Conway testified that this attempt to strengthen the dangerous and vicious animal ordinance fell short of its goal, as the number of reported bites continued to rise, the request for services from people related to dangerous and vicious animals increased, and the numbers of these dogs in shelters continued to increase."

An additional fact on this ruling.  Pit bull advocates continued in their attempts to bully the Aurora City Council into dropping the breed ban.  The Aurora City Council was so fed up with the constant battles that they put the issue on the ballot so that Aurora residents could have the final say on the matter. Voters in Aurora supported their breed ban by a landslide vote.

Pit bull advocates did not react well to the loss.  In an editorial for the Aurora Sentinel titled "No surprise that pit bullies won't let Aurora election loss go" editor Perry gives the response seen at his newspaper.  Take a moment to read this editorial, an absolute gem.  Don't miss the comment by well known New Jersey pit bull advocate Bob Cronk.

In 2008 the Colorado courts ruled in Sonia Dias et al v. the City and County of Denver.  The Denver breed ban was ruled constitutional AND the court also ruled that the plaintiffs must pay the legal expenses of the city and county of Denver. Loved it!

The District of Columbia Court of Appeals ruled in favor of local regulation in 2005 McNeeley v. United States.

In 1989 the state of Florida the United States District Court, S.D. Florida ruled in American Dog Owners et al v. Dade County Florida.
" Based upon the substantial evidence presented at trial, this court finds that DadeCounty Ordinance No. 89-022 provides sufficient guidance to dog owners, both in its explicit reference to pit bull dogs, and in its definitional section, to enable pit bullowners to determine whether their dogs fall within the proscriptions of the ordinance. Whether the ordinance will be applied in a discriminatory fashion is a question that cannot be determined in the context of this pre-enforcement action. Certainly there are some applications of the ordinance which pass constitutional muster. As long as the enactment is not impermissibly vague in all its applications, this court must uphold its constitutionality. Upon consideration of the evidence presented at trial, the pleadings, memoranda, exhibits and arguments of counsel and upon application of the controlling authority, this court finds that plaintiffs have failed to meet their burden of proof and that the Court is required to uphold the constitutionality of Dade CountyOrdinance No. 089-22."

U. S. District Court in Pennsylvania in 1986 rules in favor of local BSL.

State Supreme Court ruled in favor of local BSL in West Virginia in 2013.

In 1991 the Colorado Supreme court ruled in favor of local BSL.

In 1991 the Supreme Court of the State of Arkansas ruled in favor of local BSL.

In 1991 the Supreme Court of Utah ruled in favor of local BSL.

The list of court rulings upholding BSL is very long, goes back MANY years.  No point is served in going any further with this.  The claim that BSL is unconstitutional?  That ship has sailed and we need wave goodbye and move on.

We will be back with MUCH more from the Ohio Pibble March very soon.

7/2/2015 Update.  Your odds of being killed in the breed neutral heaven of Texas get even worse.  An elderly man, 83 year old Norberto Legardo of Pecos Texas has been killed by pit bulls today.  This gives us 43 Texans killed by pit bulls since BSL was prohibited, 37 of them in the last ten years. 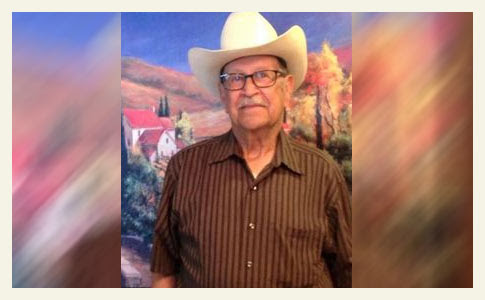 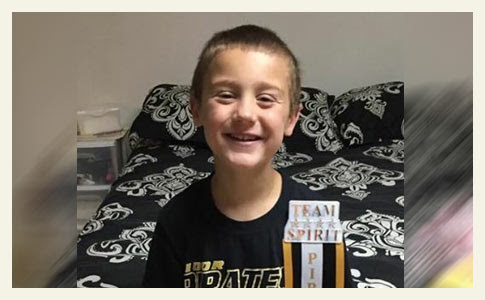 This is what breed neutral law brings to a state.
Posted by scorched earth at 6:10 PM