Here we are with another batch of  pit bull events and attacks.  We will look at these in no particular order, for as long as my patience lasts.  I'm sorry the first post here is so old, I can't keep up.

A woman heard her children screaming IN HER HOME.  She investigated and found that a pit bull had entered the home, attacked the family cat.  The pit bull carried the cat outside and dropped it on the sidewalk, where it died.
Per the Eagle-Gazette " The dog owner said that the pit bull had inadvertently gotten free from her home when it was seen running around the neighborhood."

Inadvertently gotten free?  That's pretty much like "somehow" got  loose.  Classic pit bull owner excuse.  The pit bull owner apparently never noticed that the thing was loose until the Fairfield County Dog Warden arrived to investigate.  If a Pug "inadvertently got loose" the cat would still be sleeping on the couch. 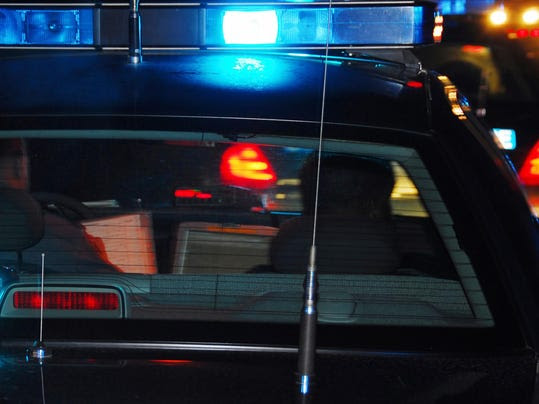 This turned up in another blog. I thought the story was so outrageous I'm going to let another blogger tell the it.  The story was taken direct from the pit bull owner's Facebook page.  The post is difficult to read because the pit bull owner is unable to spell or construct a sentence.  Punctuation does not exist.  The gentleman lives in an Ohio community with BSL and he is angry that he was cited for keeping a  pit bull.  This screen shot sums up the story but PLEASE visit Four Legged Friends and Enemies for the full story, apparently his family reported the pit bull.  You can't make this stuff up.  Click here for the link. 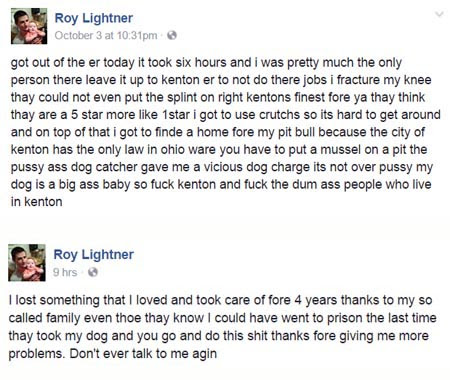 Thanks to the blogger at Four legged Friends and Enemies!

This story brings our old favorite, Kurt Merbs, Butler County Dog Warden back into the news.  One would think he would get tired of being interviewed about pit bull attacks.

Picture the scene as described by WCPO Cincinnati News.
"Butler County authorities said Tuesday that a pair of pit bulls led them on a long, dangerous chase after attacking and killing another dog that morning.
Kurt Merbs, Butler County’s dog warden supervisor, got the call around 9 a.m. When he arrived at the scene, Hamilton police officers were already chasing the pit bulls through several neighborhoods. At one point, the two dogs charged at them.
"They were going through yards, jumping fences and we had to divert several people riding bikes, walking to get them off the streets because these dogs were not friendly to people or animals," Merbs said.
He said the attack happened while a man was walking a Shetland Sheepdog named Princess for his elderly neighbor, Doris Oleson." "These dogs came out of nowhere, and he didn’t have a chance," Merbs said." 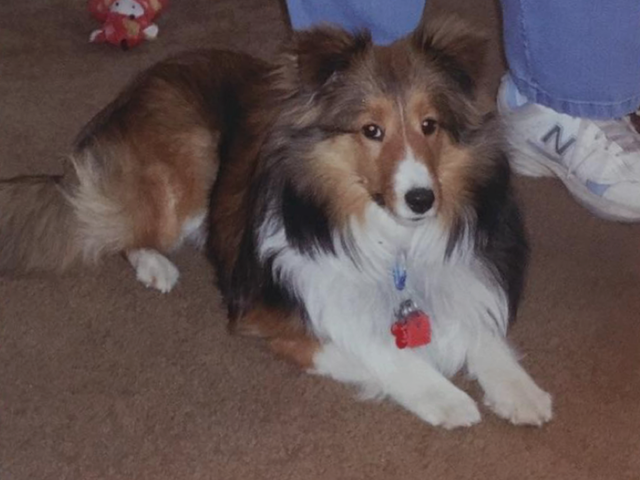 Princess died.  Police cornered the two pit bulls later in the chase but the owner pulled up in her car and the things jumped right in. The owner, Haley Suffridge, was cited for allowing the pit bulls to run at large, and for not licensing them.   As is frequently noted after a violent attack, shock was expressed by Suffridge's boyfriend that these fine and upstanding pit bulls had attacked another animal (and killed it).  He told reporters "I've had little kids come over and play all the time with them." 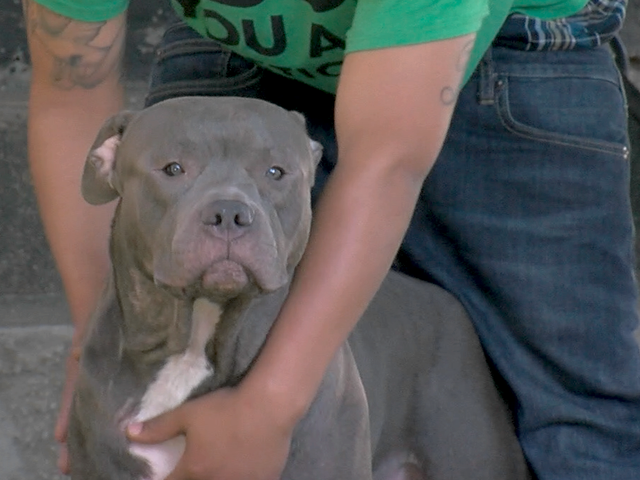 One of the killer pit bulls.

Mr. Pearson asked to speak to  Mrs. Oleson in order to apologize but she stated that she needed time to grieve over the death of her beloved pet.  "We have no children, so she was our child."  "I just hurt so bad.  Even though she looked terrible (after the attack), I'm glad I could at least say goodbye."
Click here for the WCPO coverage of this attack.  Both the Sheltie owner and the pit bull owner were interviewed.

This is the story of a pit bull attack on a pit bull.  Spoiler Alert - both pit bulls die.

Pit bull owner Mollie Watkins called the police to report that her neighbor, Gregory Orona, kicked in her door and killed her dog.  When police arrived they found Watkins' home undamaged.

They got a very different story from Mr. Orona.
Per WCPO " Orona described the incident differently. He said he had been playing in his backyard with his own dog, Scout.  “The neighbor’s dog came flying through the side yard, it grabbed (Scout) by the throat and started shaking it," he said. "I hit the dog in the head and I killed it. I was very sorry for that, I did not want to do that, but that’s what happened."
"According to the police report, Orona told police he had tried to separate the dogs but was bitten in the process and had no choice but to kill the attacking animal.  The officer who responded to the call noted blood on both Scout and Orona in the report."

Watkins and Orona agreed that if she would pay the vet bills for the swelling in Scout's neck he would not press charges for her pit bull running at large.  It is not a surprise that when Scout's vet bill arrived Ms. Watkins did not pay it. Shortly after a follow-up visit to the vet Scout died.  Mr. Orona
stated "Words can go a long ways.  For the lady to come over and say 'I'm sorry' would have made a tremendous difference."  Watkins did not respond to a request for comment by WCPO.  She has been charged with a first offense dangerous dog at large, a misdemeanor, and was to appear in Middletown Municipal Court on October 6th. The swelling on Scout's neck is clearly shown in this photograph.

Mr. Orona did not get his apology, nor did he get his vet bill paid.  Both dogs are dead.    The physical evidence supports Mr. Orona's account.  He has stated that he is sorry Watkins dog died but his actions were reasonable, he was protecting his own dog in his own yard.
Consider, if you will, this story told with a slightly different cast of characters.  Watkins owns, say, a Pomeranian. Mr. Orona owns a Beagle.  Watkins behavior is still irresponsible but nobody dies, the conflict between these neighbors becomes one of a tiny dog at large leaving tiny piles of dog poop in the neighbor's yard.  Watkins phone call to police becomes, at worst, "I answered a knock on my door and found a tiny flaming bag of tiny dog poop."

We frequently warn that accepting responsibility for someone else's pit bull is folly.  We make the same warning here.

"BAINBRIDGE TOWNSHIP, OHIO - Animal Problem, Market Place Drive:Two men took a pit bull dog off-leash into Walmart 10:22 p.m. Nov. 8. When confronted by a manager, they claimed it was a service dog. The dog did not have a service vest and the men were asked to leave."

What makes anyone think that taking your pit bull to Walmart at 10:30 at night is a good idea?  Top it off with the classic "service dog" lie?   Thanks to the Walmart manager who put a stop to this! 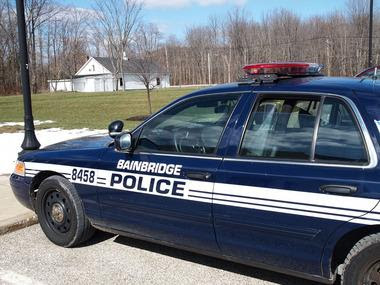 Animal Complaints, Lindberg Boulevard: Nov. 15, a caller told police that he and his dog had been attacked by a pit bull. While separating the dogs, the caller sustained a small cut on his hand. This was the second time that pit bull had acted aggressively against him, the caller said.

This is just a sample of pit bull activity in Ohio.  As usual, we have LOTS more to talk about. Next post will deal with Bay Village and Bexley plus the usual attacks and insanity.

Posted by scorched earth at 1:34 PM