This is interesting, and appropriate.

Per the Courthouse News Service " Mark Kumpf was the dog warden in Montgomery County. Earlier in his career, he emphasized enforcement, writing an average of 100 to 150 citations per month.
When Kumpf took the Montgomery County job in 2006, he changed from "enforcement mode" to "education mode."
Only 3.4 percent of calls resulted in citations in the two years before Richey's death, according to an Ohio Court of Appeals ruling filed last week. Also, only 12 of the county's 60,000 dogs were considered "nuisance" or "dangerous" dogs in 2013.
Richey called the county's animal resource center 13 times about the dogs belonging to Andrew Nason and Julie Custer, but all of her calls were sent to voicemail.
In one of her calls, Richey said Nason "let his aggressive pit/mastiff run loose while she was walking to work and threatened to let it have her for a treat," her estate claims.
Richey also reportedly complained that the mailman refused to deliver mail on her street and that a pit bull owner had taken his dog off his chain and ordered it to attack her.

Quick review, Ms Richey made 13 complaints to the Animal Resource Center and 46 calls to Dayton Police.  Click here to read the records of the Montgomery County Animal Resource Center. You will find records of sternly worded warning post-it notes left on the door, and animal control officers who knocked on that door.  This is proactive enforcement?  Mr. Kumpf stated to WDTN News that he has no protocol for followup after the sternly worded post-it note is affixed to the dog owner's front door. Per WDTN "Per Numerous warnings were left for the dog owners at 35 East Bruce Avenue, but no action was taken. Kumpf says a warning is simply a notice that an officer responded to a complaint. There’s really no follow-up after that unless the owner calls the Animal Resource Center to find out more.This is the problem, zero follow- up.

Richey asked for a court order of protection but was refused, video available here.  She built this fence, hoping it would protect her.  Unfortunately, it did not.

The scene of Klonda Richey's death.

The Second District Court of Appeals reversed the decision of the trial court, that only owners and those who harbor dogs can be held responsible.  It was reported that the Court of Appeals reviewed hundreds of  Ohio cases on liability issues prior to their decision that the family of Klonda Richey's lawsuit may proceed.   .

Will the family of Jonathan Quarles Jr. file a similar lawsuit? Just six months after the Dayton death of Klonda Richey,  the city of Dayton was again the scene of a violent dog mauling death, this time a seven month old infant visiting from out of state.  The pit bull that killed seven month old Jonathan had previously attacked a mail carrier leading to charges that brought pit bull owner Kimiko Hardy to a mandatory responsible dog owner education class at the Montgomery County Animal Resource Center, headed by dog warden Kumpf.  Not long after the class Hardy's pit bull attacked a peaceful dog on a leash being walked by Hardy's home.  This attack brought additional charges against Hardy but the case was postponed by the Montgomery County prosecutor.  Why?  No one knows. This same dog very quickly went on to attack and kill Jonathan Quarles Jr. inside Hardy's home.  Hardy was step grandmother to the visiting child.  Hardy was convicted on six felony counts and sentenced to three years in prison.  Hardy's dog was well known to the Montgomery County Animal Resource Center, headed by Mark Kumpf, but was allowed to remain in the community and went on to kill a child.  The Quarles family has every right to hold the Montgomery County dog warden responsible for failure to protect the safety of the public. 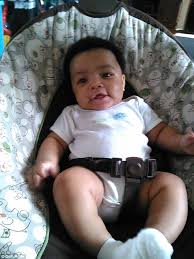 Will the charges against Kumpf FINALLY be enough to convince County Dog Wardens in Ohio to elect someone else president of their organization?
Posted by scorched earth at 2:42 PM