Sometimes life gets in the way of blogging but we are back and hope to post more regularly in the future.

A deputy shot a dog apparently belonging to a bystander observing a routine traffic stop.
Per New Carlyle News " What we have been able to piece together is that a deputy initiated a traffic stop near the Kennedy Rd address.  It is currently unclear how, but bystander with a dog became involved, and the deputy told a man to control the dog or it would be shot.
Conflicting reports of the dog's behavior are emerging. The owners of the dog are maintaining that the dog did nothing wrong. However; people familiar with the area tell us that the dog charges at everyone and everything. Neither can be confirmed or denied at this time.
The dog was alive and was being taken to a veterinarian for treatment.

A woman on the scene  was visibly upset with the deputies. "Is that what you guys do, go around shooting peoples' dogs," she screamed in a profanity-laced tirade. “What am I going to tell my 6-year-old now?”

You can't make this stuff up. Don't want your dog shot?  Don't interfere with law enforcement officers who are simply doing their job.  Don't allow your pit bull to charge men with guns.

This is the pit bull involved in this incident.  His name is Duke and he is not yet one year old. It was reported that he was taken to a veterinarian's clinic for overnight observation.  If he lives through the night surgery is expected.

This is a strange story, but wait... video has been made public and this mess has been explained. There was apparently no bystander.  A legitimate traffic stop was in progress, two men were in the truck.  The truck, possibly stolen, was driven into a yard, the non compliant passenger in the vehicle, Michael Seals,  ran to the house carrying a mysterious backpack. Someone (Seals?) held the door open for the pit bull.  The officer yelled for the homeowner to control his pit bull but there was no compliance so the rapidly approaching and obviously menacing pit bull was shot.

Duke did not survive. The driver of the stolen vehicle was charged for a tail light violation.  Seals was charged for failure to comply, resisting arrest, and obstructing official business. Seals also had an active warrant through Fairborn.  It all makes sense now.

Highland Heights police shot and killed a pit bull mix at the direction of the dog's owner.  The pit mix attacked the owner and his 18 year old son.  The pair were trapped in a basement room.  The owner told police " the dog was chewing at the door trying to get to them and his son was losing a lot of blood. The dog attacked officers as they entered the home so they shot and killed it. 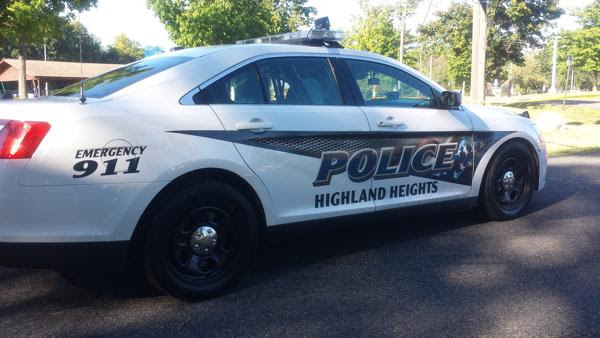 Pit bull fails as a guard dog.  A female  Middletown resident hired a 34 year-old man to install a new door on her home paying $150 in advance.  He later returned, with his 29 year-old girlfriend, to rob the woman.  The home owner stated "She also said she was surprised that her pit bull that usually barks when strangers are in the house didn’t move when the suspects were in the residence."

Pit bulls attack in Avon Lake.  Avon Lake, a community that had a breed ban prior to a 3 1/2 year effort by city councilman Dave Kos to remove the ban, continues to have pit bull problems. Please note that councilman Kos hired a pit bull advocate/animal rights lawyer to write breed neutral law the has proven to be ineffective.

In the most recent incident, the loose pit bull attacked four different individuals in just a few minutes. Click on this link and you can see actual video of the dogs in action.  One of the victims, a young boy jumped in a neighbor's pool to escape.  These two pit bulls have a history of running at large.  The owner lives in a rental property with a "no dogs" stipulation on the lease.

Never attack a police officer, they carry guns.  The countdown begins for the owner of the pit bull to demand justice for his dog.

1/17/2018 Update  We knew this was coming.
The pit bull owner is complaining that the officer shot his dog rather than tasing it.  "Ya'll could have done more to not make it a situation you didn't have to kill my dog," Holmes tells WTOL. "Ya'll could have Tased him. You Tase humans and humans are stronger than animals."

Toledo police defend their officer.  Per Cleveland.com "Police Sgt. Kevan Toney defended Russell's actions. "When a dog is attached to your arm biting you, you have to quickly make a decision and it could potentially cause further injury," Toney tells WTOL. "So, I think the officer in this case was doing just what he had to do."


The pit bull owner is also claiming that in addition to serving as a guard dog, his pit bull was also a "certified therapy dog."  It should be noted at this point, there is no certification for therapy dogs.  You can't make this stuff up.

There is no record of exactly where the family obtained the pit bull.  Was it placed by the Lucas County Pit Crew?  The Pit Crew proudly announced their 1000th pit bull placement this month.  How many of these placements went as wrong as that of Bosco the Biter?  Did the Pit Crew count that placement as two since they placed Bosco with a Fulton County family where he bit the new owner on the third day in the household and after a whole lot of legal trouble for the Pit Crew and the president of that organization, Jean Keating, went on to a life changing mauling for  out of state "pit bull expert" Jacqueline Johnson?

Dogs placed by rescues should be micro chipped by law so that responsibility can be determined.

A 21-year-old Hamilton man was charged with animal cruelty after a video surfaced of him beating his pit bull with a thick rope leash.  Sometimes a pit bull's worst nightmare is his owner.  Wouldn't mandatory neuter and spay be better than this?  Dogs not conceived so not suffer. Zeus the pit bull was removed from the home by county dog wardens.  This is Butler County and the dog warden is Kurt Merbs.

Speaking of Butler County and dog warden Merbs, there is more cruelty to report.  A 39-year-old Middletown homeowner, Tina Jackson, was charged with three counts of animal cruelty after three dead dogs, and the head of a forth dog were found in her back yard.  Merbs stated   "We made entrance into the backyard. There are dog kennels everywhere, dog houses everywhere. Right when we walked in and turned, there is a black plastic tote, sitting up on a wooden bench. Inside that tote was a decapitated head of a dog and an English bulldog," Butler County dog warden Kurt Merbs said.  The bulldog was dead, Merbs said. He said they also found a dead pit bull curled up inside a dog house. "And across the yard, inside one of the kennels, inside another dog house was a black-and-white little pit bull curled up, deceased as well,"

There was no explanation for the decapitated dog head.  Merbs stated "There's no body. There's no signs of a body. There's bones. There's no hair, fur, anything, so that would rule out that a dog ate this other body," Merbs said. "There was no animal marks, period. There was no biting, pulling, tearing. It was a clean slice of the head."

The dogs belonged to Jackson's husband ex-husband but she was reportedly caring for them.  A fifth dog was found inside the home and was in good condition.

Wouldn't mandatory neuter and spay be better than this?  Merbs spends a whole lot of his time on pit bull calls.  He should be demanding mandatory neuter and spay for the protection of dogs in his county.   He should also be demanding a change in leadership of the Ohio County Dog Wardens Association.  The association website, as of 12/11/2017 lists Mark Kumpf as president of the the OCDWA with a president-elect listed as Adam Chellis of Wayne County.  Why is Kumpf still running the show?  The man, as reported in a decision by the Court of Appeals of Ohio Second Appellate District, does not enforce the law but rather has chosen a failed policy of "dog owner education" in Montgomery County. Since taking over as Montgomery County dog warden in 2006 there have been FOUR fatal attacks in Kumpf's jurisdiction and countless attacks upon humans and pets.  Three of these fatal attacks have come from dogs already in Kumpf's system. Type Dayton into the search box at the top left of the page.  You will be here all day.   Ohio residents deserve better.

Speaking of Montgomery County, this from Dayton.  Two pit bulls entered the home of a Dayton woman and killed her cat - INSIDE HER HOME.  The dogs were still on the property an hour later when animal control officers arrived to pick them up.  Animal control was unable to identify owners of the dogs.  As I recall,  ownership of the pit bull that killed  Dayton resident Maurice Brown  in April on 2017 has not been determined despite full knowledge of exactly where the dog was harbored.  That address has a long history of animal control calls.  Montgomery County residents deserve better.

Enough for today, this is depressing.  What is even more depressing is that there is a LOT more.