Ohio has become, yet again, the eye of the pit bull storm.  There have been strong hints from pit bull advocacy on a "secret" to be revealed at the May 30 Pibble March on the state capitol but the ever pit-bull-positive Huffington Post writer Arin Greenwood spoiled the surprise and announced breathlessly that a PAC "for dogs" has been formed in Ohio.  Here is the unspoken part of the statement, the dogs involved are pit bulls and their mixes only. Beagles have no political clout, or Poodles, or Pugs. Border Collies are on their own. Labs and Goldens go unrecognized by Ohioans Against Breed Discrimination.

The goal of OABD is an amendment to the Ohio Constitution prohibiting regulation of dogs by breed. Demands of pit bull advocates were ignored by several Ohio cities in the last year.  BSL was upheld in Reynoldsburg, Parma, Bexley,Wauseon, and Newark. Lakewood shows no particular interest in dropping their breed ban.  Pit bull advocacy can't have that, city council members voting for common sense regulations to protect their constituents?  Heavens no!  This on top of the losses in the state legislatures in Kentucky, Georgia, Arizona, Montana, and Washington State where preemption bills barring local pit bull ordinances had been introduced and pushed by Best Friends Animal Society.  Five state legislature losses out of five for Best Friends so far in 2015, 100% of the states where BSL was challenged voted against preemption.  In 2014 they had only a 33% success rate (6 tries, 2 passed and one of these two was Best Friends own home state).
Breed specific advocates continue to boldly but falsely state that the "trend" is for BSL laws to be repealed.  These quotes from the National Canine Research Council (which is not a council and is a wholly owned subsidiary of extreme pit bull advocacy, The Animal Farm Foundation).
"The national trend is moving steadily away from breed-specific legislation (BSL)"
"The list of states that are considering and passing legislation to preempt municipalities from passing BSL continues to grow."
Not so much if you look at actual facts.  The actual trend is to protect the home rule rights of cities to regulate as they see fit.

I have digressed yet again, back to the topic of this post.  Ohioans Against Breed Discrimination is the brainchild of Steffen Baldwin and Luke Westerman.  Those who read this blog will be familiar with Baldwin's name.  For those just catching up you can click here and here for more on Baldwin. Baldwin has joined with Luke Westerman, a businessman and a self proclaimed philanthropist and good Samaritan to form OABD.  These two, along with their wives/significant others, and Dana Pannella an Akron lawyer specializing in animal law, plan to raise five million dollars to promote their ballot initiative for a constitutional amendment that would prohibit any city or county in the state of Ohio from enacting or enforcing any breed specific legislation.

Five million dollars to "educate" the peaceful public about what is in their best interests as determined by breed specific advocates?   "Pay no attention to the man behind the curtain peaceful citizens, don't read the news from actual news sources that tell you about fatal pit bull attacks on your neighbors and your pets, listen to us when we deny it all."

Yes, they want to spend five million dollars to convince Ohio voters to vote away their home rule rights to run their communities as they see fit, leaving important decisions to those who fail to realize that "discrimination" is a human condition that has nothing to do with dogs.  Here is a quote from OABD founding member Alisha Westerman "People should never allow discrimination to be supported by law and it is up to all of us to ensure it isn’t," "That’s what this PAC stands for and that is why everyone should stand up and disallow discrimination of any sort."   Did I miss any reference to the victims of pit bull attacks, or concern for them in that quote?

It is probably time to review just a few facts. Dogs are purpose bred.  Some are bred to retrieve ducks, some are bred to point to birds, some are bred to follow their noses, some bred to pull sleds, some are bred to herd livestock.  Given the selective breeding of these dogs nobody is surprised when a Lab or a Golden retrieves a ball.  No shock when a Pointer goes into a point at a hat with a feather in it.  Your Beagle gets out and trots off following an interesting scent?  Well, what did you expect?  Your Husky gets out and just runs?  Bred to do it.  The Border Collie next door crouches low and circles the neighborhood children in an attempt to herd them?  Hello?  It's a Border Collie.  A pit bull kills the neighbor's Poodle or mauls someone peacefully walking down the street?  No shock here. 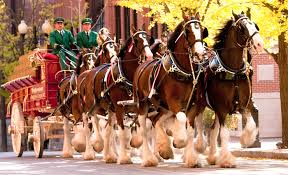 These horses are bred to pull a huge beer wagon.  This is is is not discrimination, it is reality. 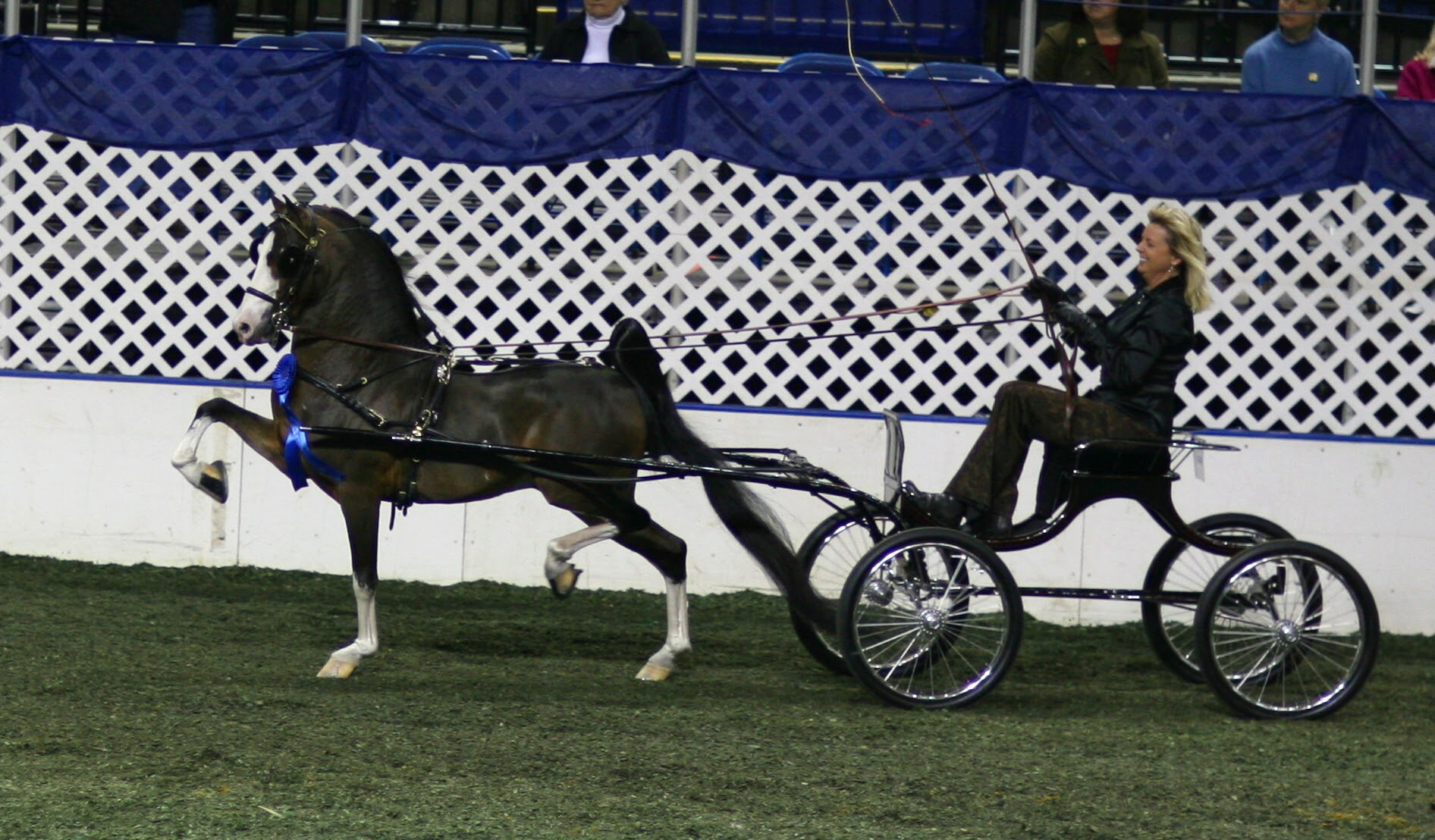 This fine harness pony is bred for the show ring.  It is not discrimination.  The pony does not suffer from poor self esteem because he is not pulling the beer wagon.

As it has been said many times, pit bulls were bred for an activity so violent that it is a felony in all fifty states.  Pit bulls are bred to kill other dogs for the amusement of the horrid people who created the breed/type.  It is not discrimination to acknowledge this.

Actual numbers in the community must be far lower.  The listed statistics come from dogs seen in veterinary hospitals. Huge numbers of pit bulls are never seen by vets.  Read about pit bull attacks in the news and it is as common as dirt that the dogs have never been vaccinated and never seen the inside of a vet clinic.

These are the people responsible for OABD.
Luke Westerman

Please spend a bit of time on Mr. Westerman's website, Westerman.com.  His quotes are set in lavish typeface and set off in the manner of quotes from Gandhi or Christ.

5/19/2017 Update - Westerman's level of bred advocacy has reached the point of hysteria.  His public comments on the recent shooting of a pit bull engaged in an attack upon a homeowner's own dog, on the homeowner's property, while under the care and supervision of the pit bull owner's two preschool children brought reexamination of the above link.  That link no longer goes to the ego intensive website featuring Mr. Westerman's heavy thoughts, it is now strictly business.  Who knew the extremely wealthy would take notice of derision on a blog like this one?

Steffen Baldwin and his significant other Lauren Schneiders, Westerman with his wife Alisha.


Should these people be in charge of changing the Constitution of the State of Ohio?


Here is a fairly insensitive quote from Baldwin

Nobody is surprised when a dog (breed regardless but pit bull type dogs in particular) is raised by bad people to do bad things and winds up an evening news story. But what about those family dogs that are in good homes and they "just snap?" The BSL supporters cling to those stories for dear life as justification to discriminate but Lauren and I have several clients with dogs of all breeds that are in good homes but are becoming reactive. What do you think the common link is, in each of our clients homes? If you said "A lack of physical and mental stimulation equal to the dog and his/her individual needs" you'd be right...."

He goes on here to explain his personal exercise program for his pit bulls, yadda, yadda, yadda as if it makes sense that dogs have to be managed in a particular manner in order to prevent attacks and maulings on family members and neighbors.  Baldwin is apparently not aware, or care, that "BSL supporters clinging to stories about dogs that snap" are VICTIMS of dogs that snapped.

More from Baldwin.  This explains future plans for the effort to deprive Ohio residents of their home rule rights.  Looks a bit like they are having difficulty finding a lawmaker willing to put their name on a bill that has failed in nine other states in the last year or so but OABD remains hopeful.

Why did we form a PAC instead of working with a politician on getting a bill written to end breed discrimination in Ohio (If you missed the article, read here: http://www.huffingtonpost.com/…/11/pit-bull-pac_n_7242318.h…)? We're all for the idea and would support a bill like that...but we're here as a PAC because the people behind the scenes here at OABD have worked with politicians on several animal welfare bills in the past; we've provided proponent testimony on too many good animal welfare bills that have died in committees due to political inactivity. We've weighed out the options and we know we've bitten off a big task by taking this issue to the voters directly...but we're the kind of people that would rather bust our own butts to get something done rather than kiss someone else's! We're ready to roll our sleeves up and get to work...but it's going to take your financial support. We'll have a more comprehensive fundraising plan to discuss on May 30th but for now you can help with a small contribution to help us with some initial costs and to purchase some merch/gear to be used to raise even more money and spread our message across the State. We've set up a GoFund me account for the next few weeks, and every little bit will add up! Let's do this guys, together!!! "

It might be wise for pit bull advocates to clean up their own mess.  Here in the real world the courts are beginning to do exactly what breed specific advocates have been demanding for years.  Hold dog owners responsible for the violence of their dogs.

Four years in prison (not enough) for Brian Hrenko, owner of the pit bull that mauled Claudia Gallardo to death. 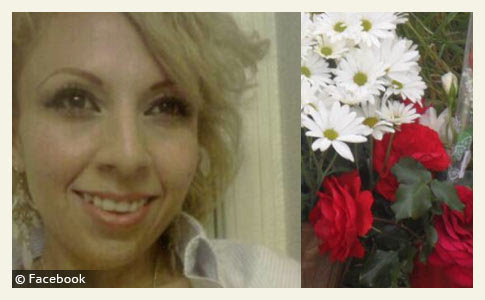 
A symbolic 100 million dollar settlement against the owner of the pit bulls that mauled Steven Constantine, who lost an arm and a foot and faces 35 more surgeries. The pit bull owner is judgement proof but the amount was set to indicate "this is not acceptable."  Amen and hallelujah.

Jena Wright was found guilty on all charges for the death of four year old Jordyn Arndt, a child she was babysitting.  Wright's pit bull mauled Jordan to death. 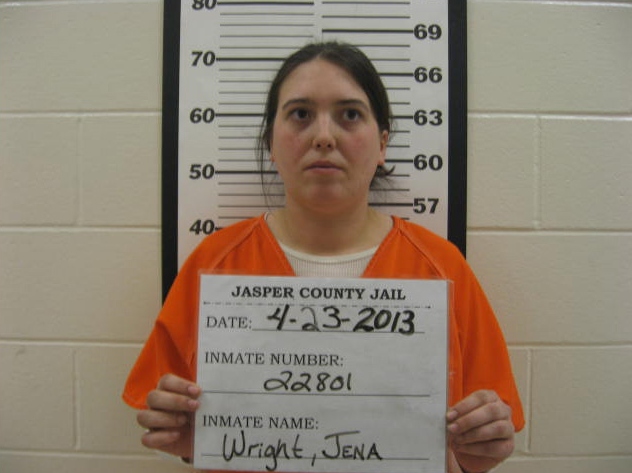 Wright faces up to 20 years in prison.
In the early days after the fatal attack Jena Wright's father-in-law, Buster Wright speculated that Jordyn was responsible for her own death.  How do people get this crazy? 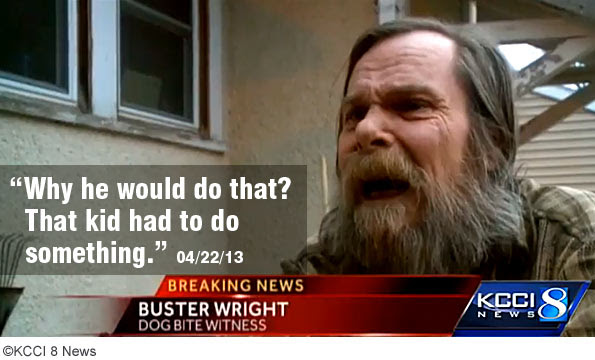 Donald Jackson, charged with murder for the mauling death of Pamela Devitt,  was sentenced to 15 years to life in prison. 
Anthony Hunt was sentenced to five to eight years in prison for the maulings of Bridgetta Hadley and Duane VanLanHam, who came to her rescue and was also mauled.  Interesting to note that Mr. VanLanHam was awarded the Carnegie Medal for Heroism for his actions in defense of Ms. Hadley, a childhood friend. 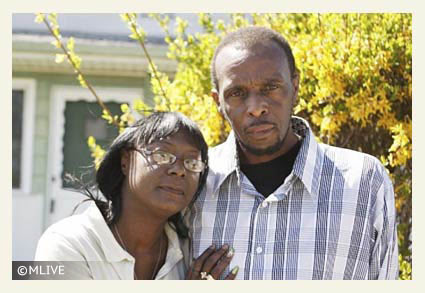 These are just a handful of recent cases and there will doubtless be more. A bill recently introduced into the Ohio Senate will hold owners of violent dogs criminally responsible.
Posted by scorched earth at 10:57 AM